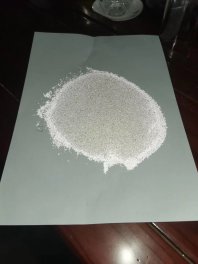 For an effective thermoplastic pavement marking replacement strategy, the rate at which the marking’s retro-reflectivity deteriorates in service must be well established in order to avoid re-stripping that is too soon or too late. Against this background, this paper undertook a review of models that deal with degradation of thermoplastic pavement markings under different traffic and environmental conditions in order to establish service life and the terminal retro-reflectivity levels that have informed re-striping. Service life in the context of this paper is the time taken for a newly-installed marking to degrade to some minimum retro-reflectivity level below which motorists would find it difficult to navigate on the carriageway under night-time and poor visibility conditions. It was established that the minimum retro-reflectivity requiring re-stripping intervention reported varied, although commonly-adopted values tended to range from 50 mcd/m2 /lx to 150 mcd/m2 /lx. A number of empirical models, based on site specific conditions, have been developed by researchers using field data, to estimate marking retro-reflectivity at any time since placement. Whereas some of the models used time as the only independent variable, others used a combination of time, traffic level and a few other parameters to estimate retro-reflectivity. Even though degradation of marking retro-reflectivity is a reflection, among other things of material degeneration impacted by environmental and service conditions, almost all the models reviewed failed to consider environmental factors. Additionally, for some of the models, non-inclusion of the initial retro-reflectivity level and their generally low coefficient of determination statistic erode the confidence in their reliability.
Degradation, Re-Striping, Retro-Reflectivity, Service Life, Thermoplastic Pavement Marking